Siri the Viking – PRISONERS IN PARIS

SIRI IS BACK for another adventure!The fearsome Viking Rollie is attacking Paris!

He is assisted by Ivar and Grim, two bumbling villains whose plans to get into the city fail time and time again.
Now Rollie`s patience has come to an end, and they are in serious trouble.Ivar and Grim realize that there`s only one person who can save them.With some difficulty, they kidnap Siri and Zack and bring them back to Paris, where Siri is presented to a skeptical Rollie.

Can a little kid really help the savage Vikings?Now Siri has to pretend to assist Rollie while secretly finding ways to protect the denizens of Paris from the Vikings´attacks. Her task grows more impossible with each passing day, until she and Zack suddenly receive help from an unexpected sourse. ” 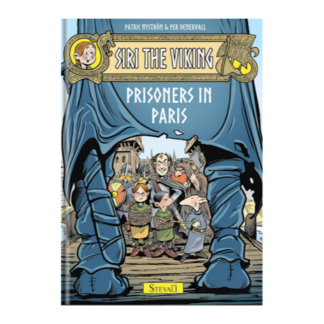